A 'Primary School' is that stage of education between pre-school and secondary school ages, usually from five to eleven, in the western world; however, in some countries the age ranges could be from three to nine.

It is also referred to as 'Elementary School' and almost everywhere it is the first or principal stage of compulsory education. The education provided in these schools is generally done with any charge, although a large number or fee-charging independent schools exist. To know more about primary school in holland via https://www.amityschool.nl/learning/primary-years 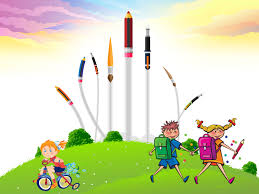 Worldwide, it is mandated that children receive primary education although it is the parents' option. Basically, primary education's principal goals are to provide basic literacy as well as numeracy while establishing the foundations of learning other subjects too such as geography, history, mathematics and sciences.

The areas of debate, political as well as administrative, that are raging around the world see marked differences of opinions between groups who question the priority of the areas of teaching, the methods used to teach and if and how basic education is to be imparted to young children.

In a primary school setup, children are placed in the care of one teacher who holds primary responsibility for the learning and welfare for an entire year. While the core subjects may be taught by this teacher, additional teachers can come in to teach certain special skill such as music or physical education. By placing children in classes with a single teacher, the aim is to create continuity and the opportunity to build strong teacher-student relationships.